At my last school, we had a Mathemagician Tournament every year. We had to select six students from our class to compete against other children in the same year level. All the children that were selected from each year level went on stage and had to answer as many basic fact questions as they could in one minute. Years one, two and three had addition and subtraction facts and the older classes also did multiplication and division facts.

We worked hard in class to get the children ready - introducing and practising mental strategies. I always emphasised to my firsties that they were competing against themselves, as I always had such a range of abilities - from children who would get 5 or 10 answers down in three minutes to those who could get more than 100! I would time them for three minutes. Some used concrete materials as they were just not ready for mental strategies, but most of the class would practise the strategies we had been learning.

These are the mental strategies we investigated for addition:

This has ALWAYS been so popular in my classes. The children get up and dance while they rap. It's great to watch them! Give it a try.

Here are the cards we used for the timed speed tests: 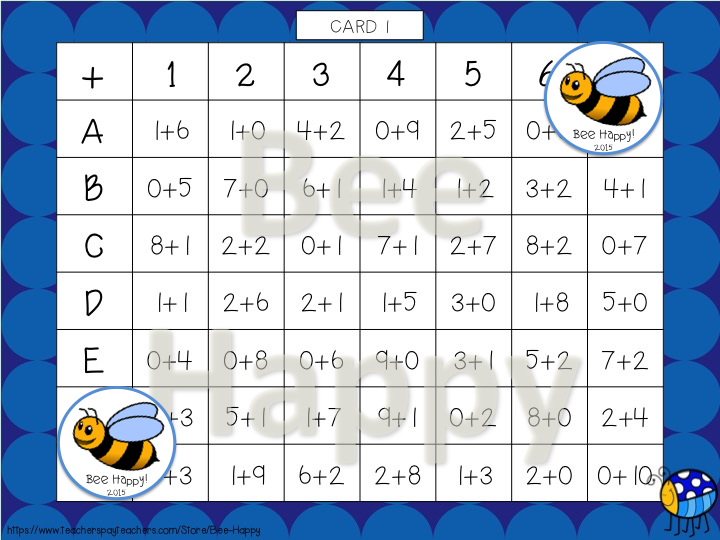 I used to get the children to place the basic fact card next to their answer paper (which was ruled in ruler-width columns) and place their finger (of their non-writing hand) on the sum. As they answered each question their finger would slide down the column, keeping their place.

I time them for three minutes. Once the three minutes is up, we mark the sums. They then record their  results on a personal graph: 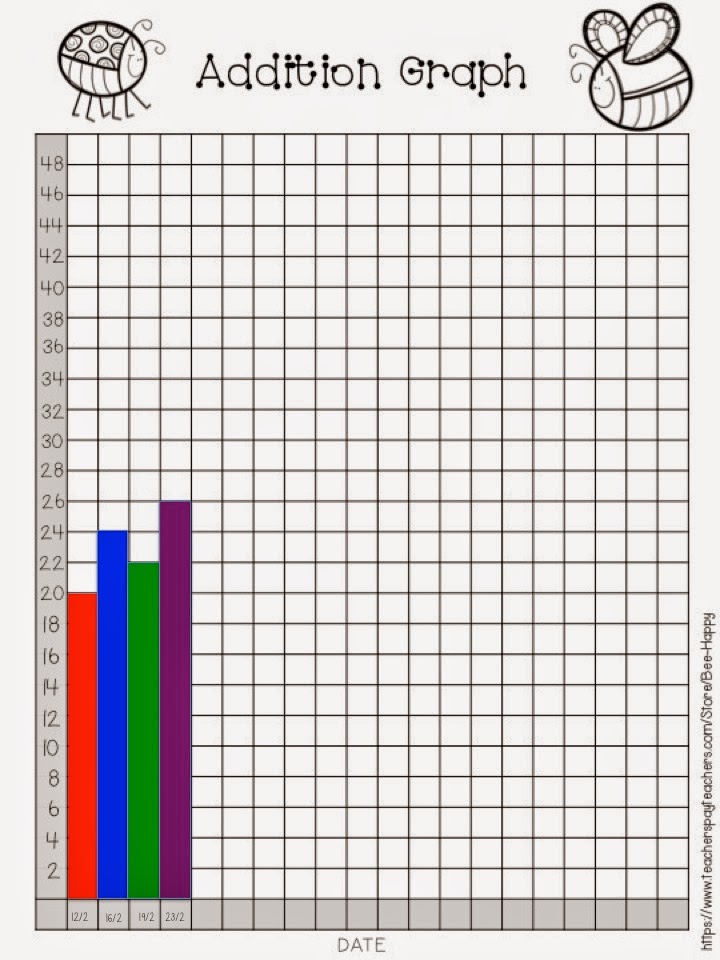 The graphs are great for the children to see their progress over time. They get very excited to see the columns get "longer and longer".

My firsties' goal was to get 50 basic facts correct in three minutes. When they did this they were awarded a "50 Club" certificate. This was most sought after! 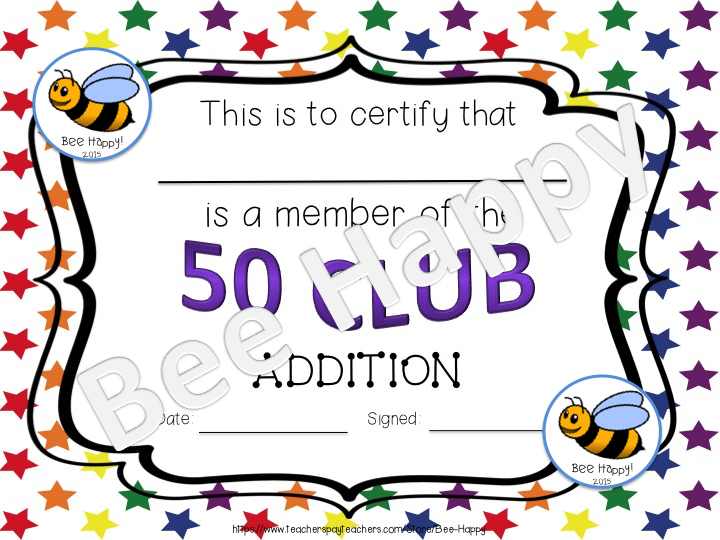 If you are interested in these materials I have packaged them together and they are available in my TpT store. The 50 Club materials are suitable for Grades 1 and 2. 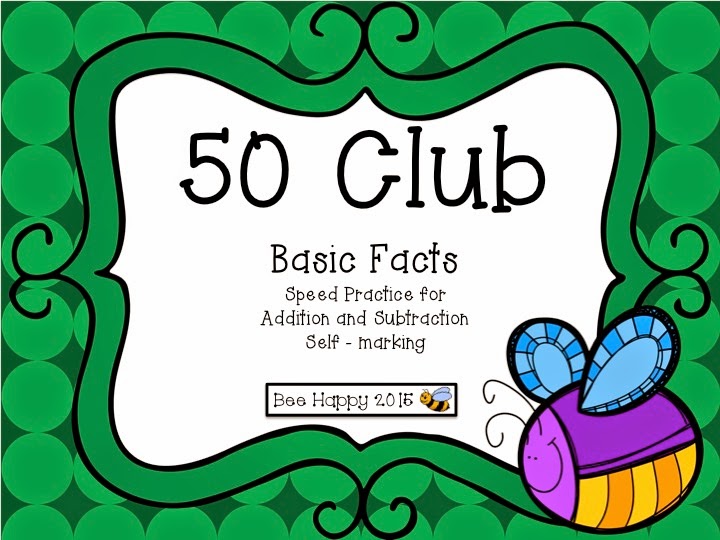 Also available in my TpT store is 100 Club. This package is suitable for Grades 3, 4, 5, 6 and 7. It includes all four operations. 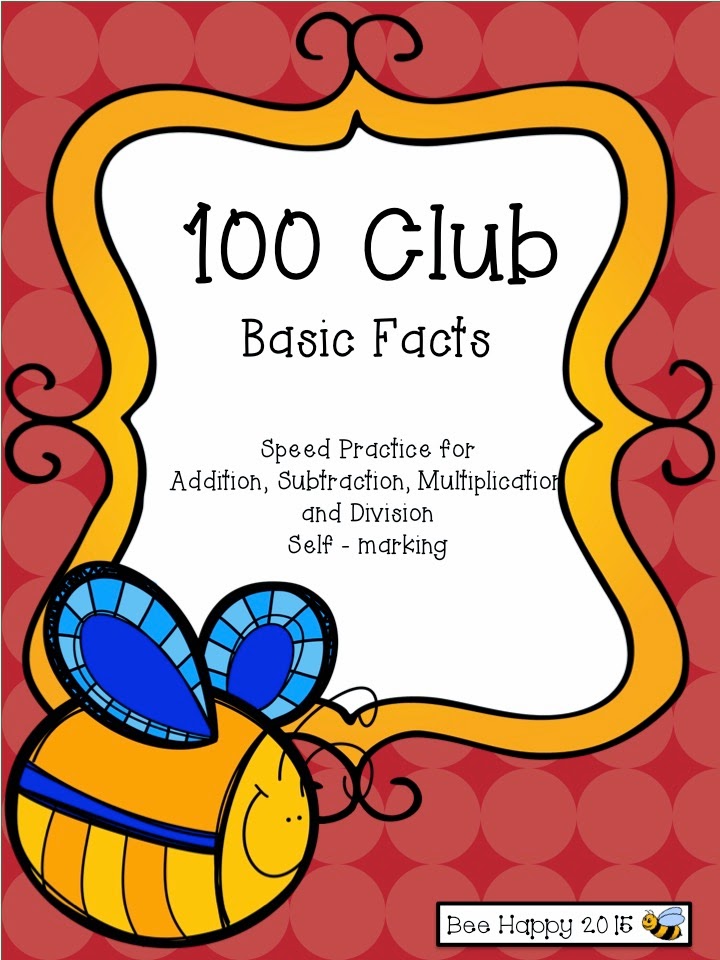 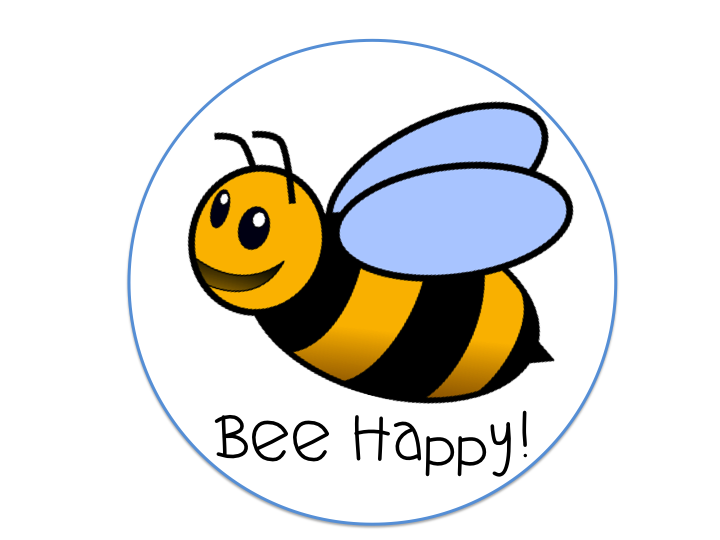